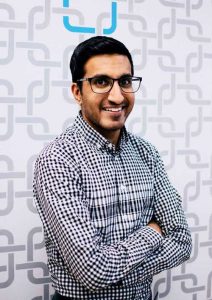 During his time at CMCC, Dr. Kara was thoroughly involved with student politics; serving on Students’ Council for four-years, including his final year as President. He received the most awards in his graduating class (twelve) for his leadership, volunteerism and academic excellence. Dr. Kara has been an established chiropractor in NW Calgary since 2010.

Dr. Kara has a keen interest in evolving and contributing to the chiropractic profession at large.  He is a volunteer with the College of Chiropractors of Alberta (CCOA) and a Board Member of the Canadian Chiropractic Examining Board (CCEB) in addition to being published twice for research articles about Chiropractic and Inter-professional healthcare.

You can see how this popup was set up in our step-by-step guide: https://wppopupmaker.com/guides/auto-opening-announcement-popups/

Chiropractic, Physiotherapy and Registered Massage Therapy are all available again. Please book online as delays are expected via phone and email.

Due to the COVID-19 health crisis, clinic hours and practitioner availability will be modified until further notice. Thank you for your understanding and patience.